A file manager that I authored in 2009. It has been in widespread use and in development by 100+ collaborators since. 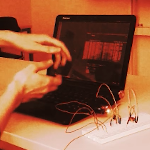 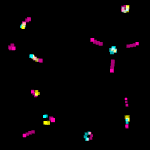 A beautiful particle simulator in one self-contained 500-line HTML file, that runs in a browser via WebGL2.

Designed to encourage modification & experimentation, even for people without programming experience. 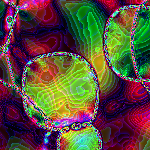 An experimental game-of-life simulator with a large variety of rulesets generating intricate and colorful emergece. 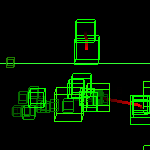 A simulator of artificial life forms in a competitive environment. Driven by a neural network and evolving through natural selection. 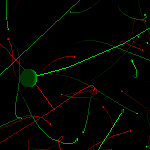 A beautiful physical particle simulation. Rewritten many times over the years.

v5 is in C++ and supports the space mouse, v7 is in rust, while v6 turned into the foundation of another project, "cellmade". 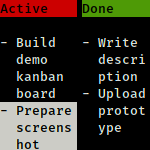 View arbitrary data as a kanban boards in a consistent UI. 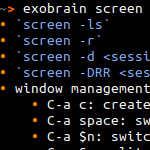 A fast command-line interface to your knowledge base if you store notes in markdown text files. 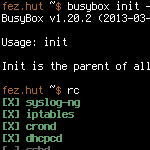 Minimalistic systemd replacement. A linux service manager to be used in conjunction with busybox. 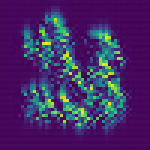 In my compsci master thesis, I explored the semantics of neurons of DeepVariant (a DNA sequence analysis tool) through statistical analysis and feature visualization techniques.

My modifications to enable Lucid to interface with DeepVariant can be found on colab / github. 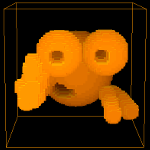 I built this as part of my compsci bachelor thesis. 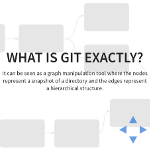 A talk that I gave as an introduction to git, covering basic operations, handling merge conflicts, bisects, and recovering data from unreachable commits.

It includes a cheat sheet (svg). 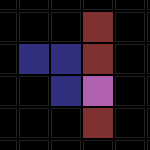 A tetris game with a twist: You don't know which block is falling down until it reaches the floor. :) 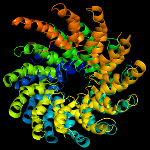 A protein engineering project to circularize TALEN to increase it's stability. Includes a protein design software to match any target DNA sequences & generate pipetting orders to produce the designed protein.

University of Hannover's submission to the 2016 iGEM competition. 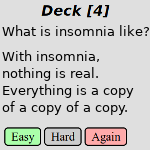 A prototype software for learning that combines instructional literature with accompanying flash cards to keep what you read in your memory. 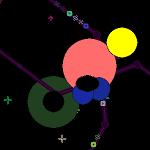 The towers are mobile bubbles that grow with each kill, and gain different powers depending on the color you paint them. 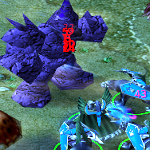 A WarCraft 3 map that puts you through a 10 minute mini-adventure.

No talk and all action. Are you able to think on your feet and survive? 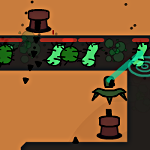 A tower defense game on mars, with unique & interacting towers. 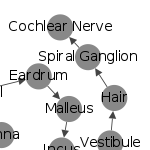 An experimental database and visualization tool for biological information flow connections in humans.

This is the dynamic JS version with on-the-fly filtering. Based on the same data as version 1, though the UI is not quite as refined yet. 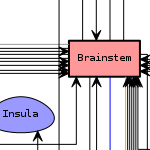 An experimental database and visualization tool for biological information flow connections in humans.

This is the static, pre-rendered HTML version where connections are visualized by graphviz. 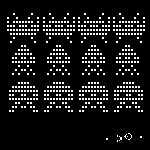 Hey, why not shoot the space invaders with a glider gun?

Click on the link for an animated version. (245kb) 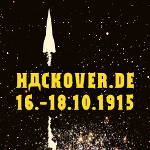 The retrofuturistic propaganda art for the posters and stickers of the communist-themed Hackover 2015 convention of the Chaos Computer Club Hannover. Inspired by this magnificent soviet-era space program propaganda poster by an unknown artist. 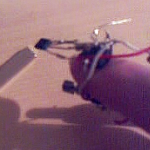 A wearable device for the finger that senses magnetic fields with a KMZ10C and allows you to feel them through haptic feedback in the form of vibration.

It's powered by a 9V battery and therefore impractical, but still lots of fun to build. It uses no PCB; the rigid wires wrap around the finger and hold everything together. 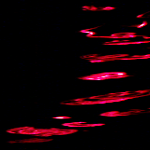 A dimensionally warped photograph of the smoke of a blewn out candle, illuminated with a red laser.

The y-axis does not correspond to any spatial dimension, but rather the time dimension, showing how the smoke evolves over time. Basically I recorded a video, cut out the 250x1 px images along the path of the laser, and stacked them on top of each other. :) 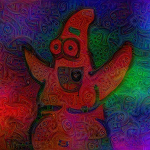 I'm more proud of this picture than I should be. :)

A text-based map of Europe that I build (out of boredom?) for my exobrain, a text-based note-taking system.

A unix port of the popular and innovative role playing game "Progress Quest", written in C.

The "d" is for "daemon", the unix term for a non-interactive background process. Ideal for IoT devices due to very low system requirements and highly optimized game mechanics.